Some thoughts on Grand Theft Auto

I’ve always loved the Grand Theft Auto series, but more so as a sandbox/stress-buster than as a story line game. The first GTA game that I played was GTA II, but that was quite some time back. I don’t remember much about it - all that I recall was it it was a top down game taking a car rushing through the streets and that’s about it. I got annoyed with it and didn’t touch it.

Few years on, I got my hands on Grand Theft Auto: Vice City and that was the GTA game that I liked. Wheeling down the roads of Ocean Beach at night with the neon lights brightening up the roads and listening to “Ladykiller” on Fever 105 FM is a sublime experience that still hasn’t been matched. 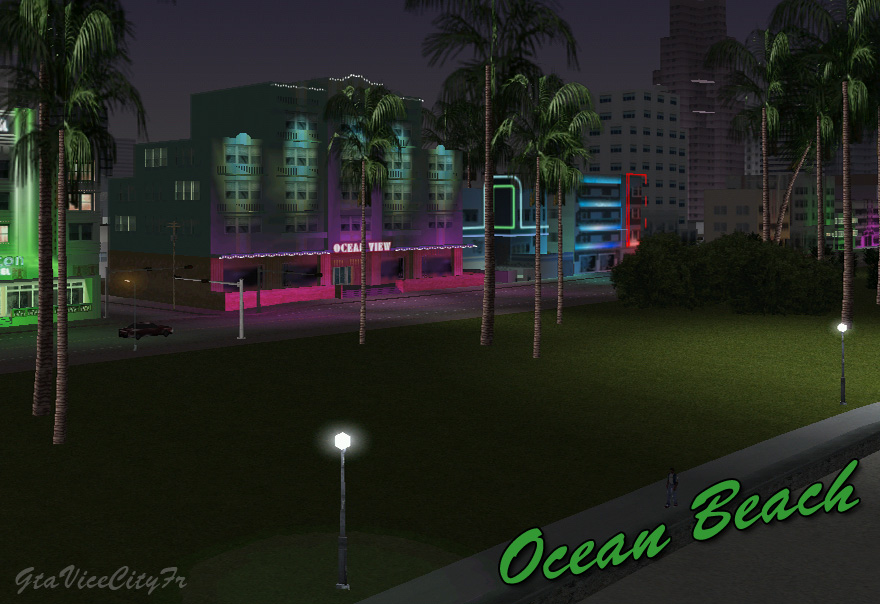 And then there was the gameplay - I spent more time doing pizza delivery missions, fighting fires, rushing people to hospitals, trying to not crash that taxi while being under the time limit, trying to find rampages to finish off - suffice to say there were a lot many things to do other than finish the story.

As good as it was, there were some teething problems - wonky save mechanics, mission failure meant starting all over, annoying busted/death penalties - and the number one reason majority rage quit Vice City: the dreaded RC mission

The RC mission meant that I never finished the game, even with trainers on - it was just too damn painful. The next game in the series, Grand Theft Auto: San Andreas - was a game which I didn’t really like, contrary to public opinion. I can’t really state why I didn’t like it. Just felt that the opening moments of the game wasn’t captivating enough. I bit my tongue and played through about a quarter of the game, engaging in gang wars, spraying gang signs - all this and I still didn’t find the game enjoyable and quit it soon.

Next up was, GTA IV. GTA IV was launched on the PC good 6 months post its console launch, but with such heavy requirements, I didn’t bother to get it on launch day despite the incredible launch price of Rs 500. It was only after couple of years that I got both GTA IV and it’s two expansions - The Lost and Damned and Ballad of Gay Tony for roughly the same price as the base game.

It wasn’t really till start of this year that I got the urge to play GTA IV - with my daily Diablo III sessions being not so enjoyable(more because of lack of gear upgrades than anything) and with the GTA V trailers and some let’s plays on YouTube, I got into the GTA mood and decided to finish GTA IV.

Visually I found GTA IV to be bleak and drab - and that seems to set the pace for most of the things. The story was drab. Gameplay had some nice touches, but everything seemed to be in slow motion. The horrible jaggies didn’t make things better. I tried using the EnB series for increasing the colour saturation, all they ended up doing was drag my frame down frame rates even more and make the cut scenes weird.

Story wise, GTA IV seems to be one long drag of scratching person a’s back who then tells you to scratch person b’s back who then… it goes on. By the time you actually reach towards the end, you’re so frustrated with the misdirection that you’ve completely forgotten who you met through whom and why you’re taking a hit on someone. The side-missions were hardly any better and I often ended calling people in the world and playing dart or bowling than doing things like taxi driving or vigilante missions. GTA IV continued the GTA ‘tradition' of all things I found annoying about Vice City, and by mid game, I had no qualms in using a trainer.

GTA V has been awesome. Love the story, love the pacing. So many things I found annoying about the earlier games - such as quick save anywhere or skip missions if it gets too annoying - has been fixed here -  The ‘special powers' are awesome, esp on the heists missions and the powers often pulls the game away from rage-quit-frustration zone into fuck-yeah-this-is-awesome zone. The character switching is smooth. Love the handling model, esp the bikes. I’m glad the story isn’t a drag and makes some sense instead of random meetups with people and do my work. If you’ve played Lost and the Damned, then Trevor’s intro will be gut wrenching. The new Los Santos is pretty vast and the handling model - whether on a car or a bike or just roaming around in a blimp is a sheer pleasure. 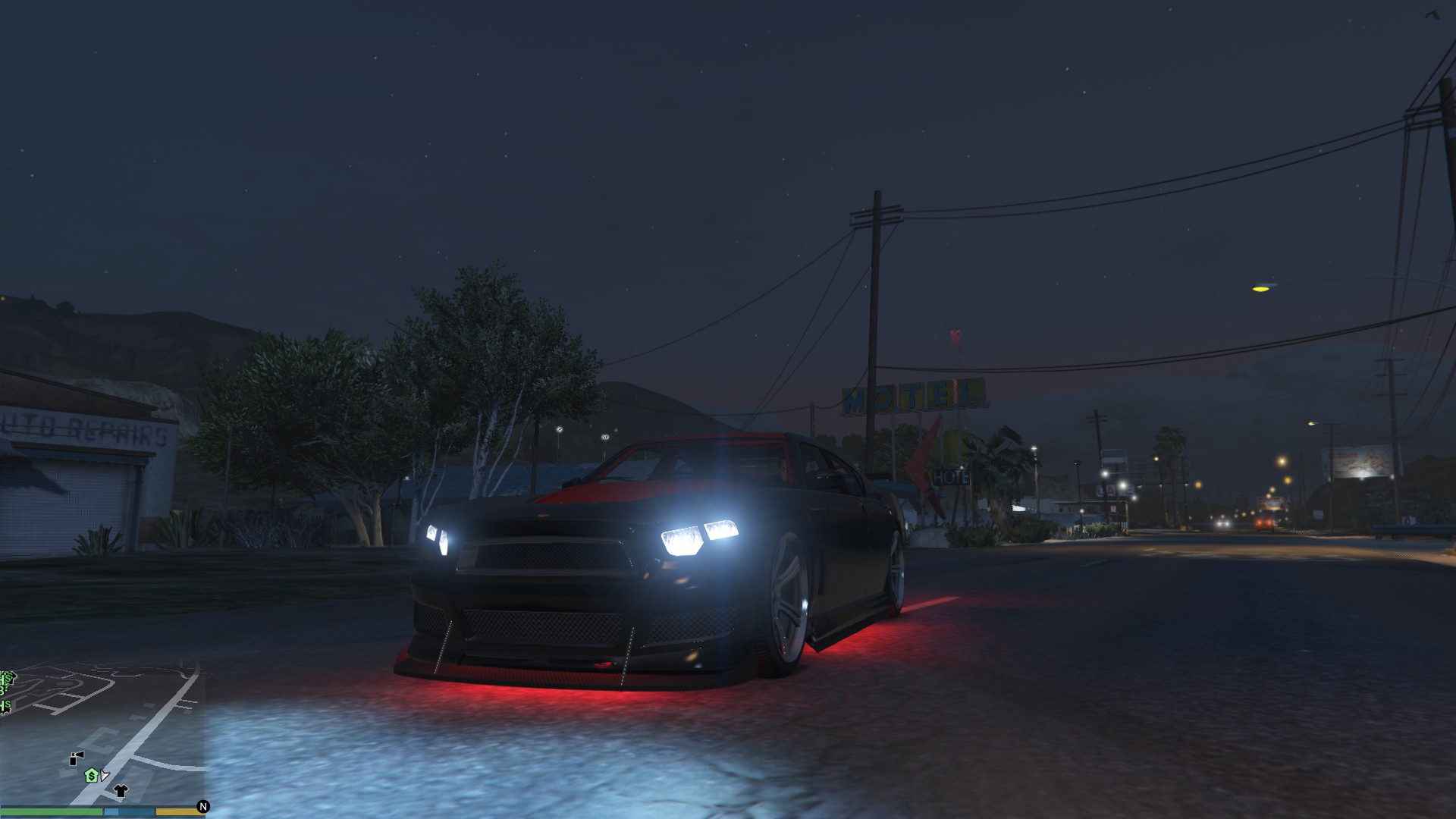 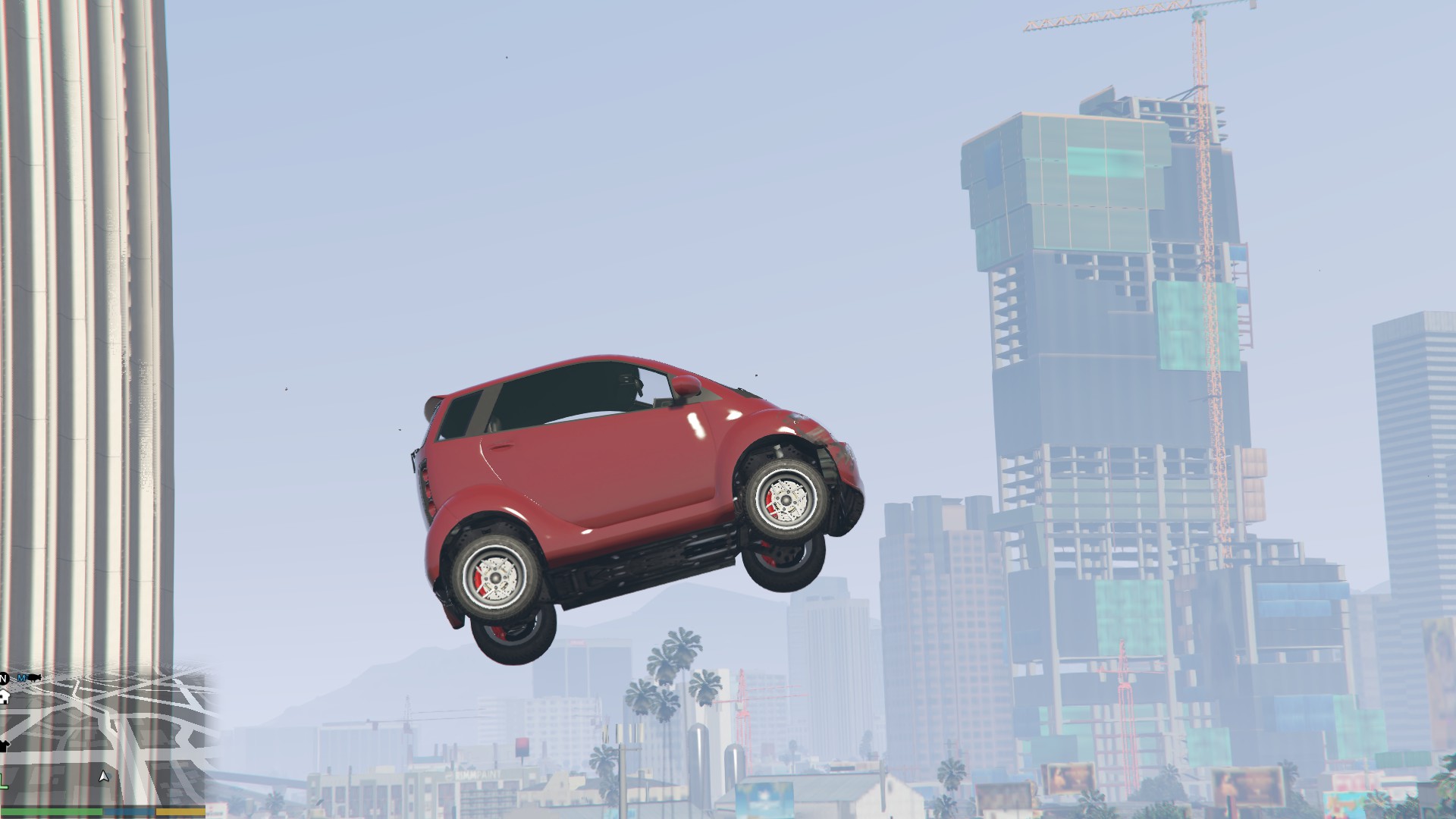 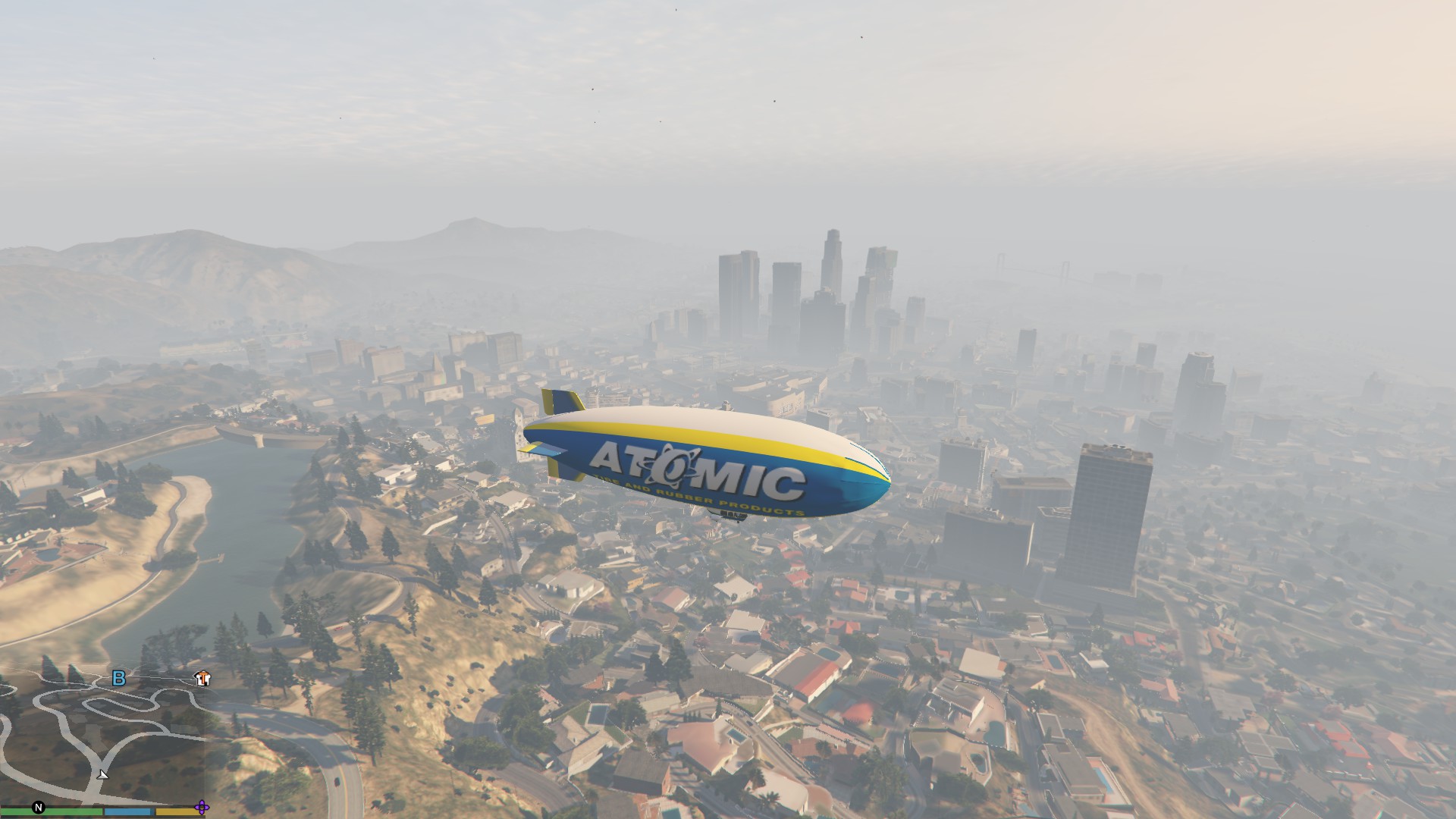 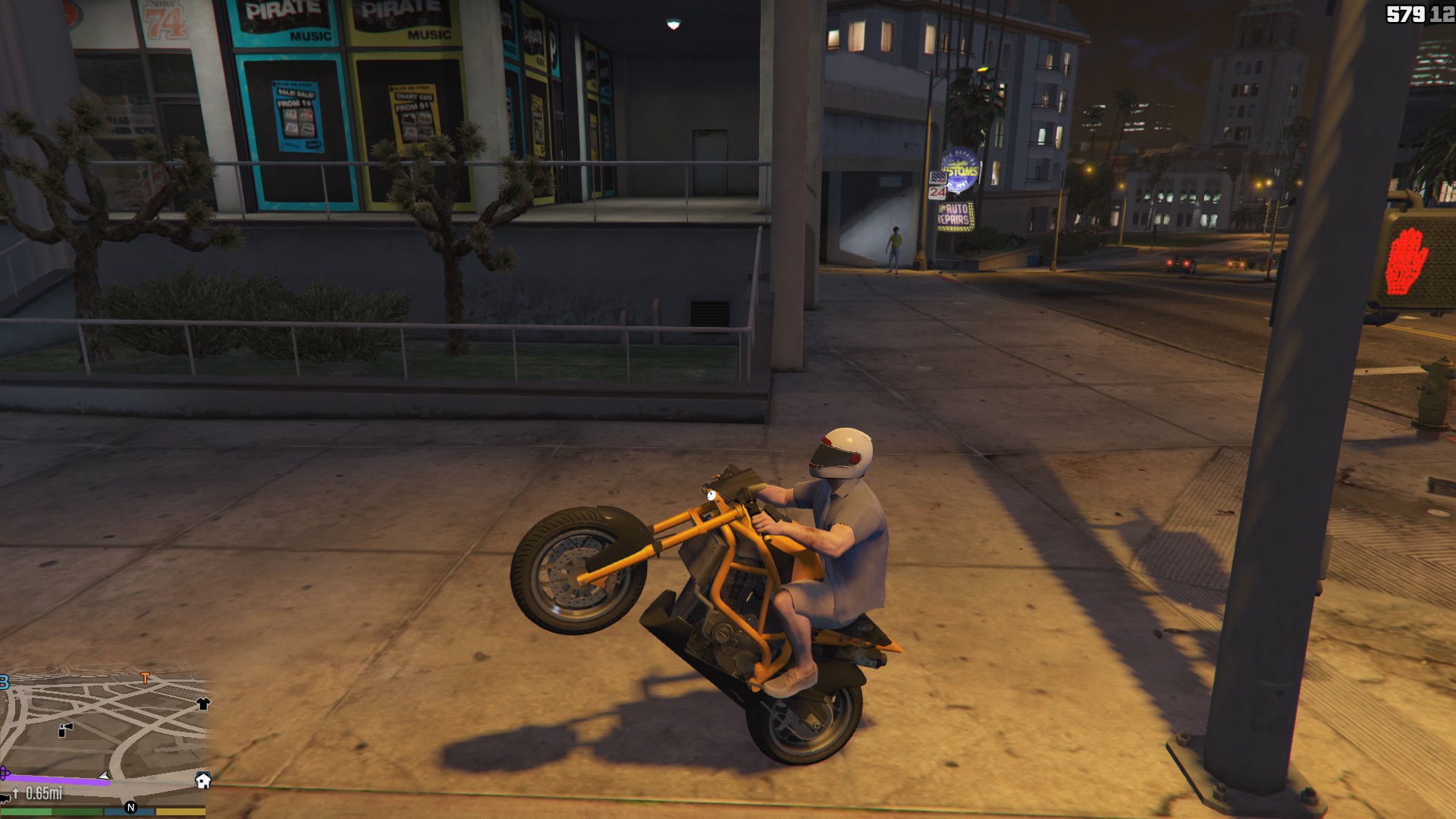 While there’s no pizza delivery missions or ambulance missions - there are plenty of other side missions and hobbies that you can pursue - including Street Races, Golf, Tennis, Bike races, Triathlons among many others to keep you occupied.

GTA V also comes with a persistent online part - GTA Online which I’ve largely ignored thanks to excruciatingly long loading times and abundance of cheaters/hacks and general mischief mongers which sours the experience. This is incredibly sad, for GTA Online could have been so much better. Hell I’ve had more fun playing GTA IV MP despite tolerating its warts such as GFWL and the steep requirements than in GTA Online. That speaks for volumes as to how bad Rockstar has treated GTA Online.

While Rockstar has been releasing more content and shark cards for GTA Online - the singleplayer mode has been largely forgotten. Shame, considering GTA V’s solid base, they could have done so much better. All things said, GTA series has been one of my best gaming experiences and I’ll be looking forward to more of them coming out - whenever that comes out, that is.