Transistor is the second game made by Supergiant Games following up on their previous game, Bastion. Bastion didn’t hold my attention long enough so I really can’t say much about it, except at first glance, Bastion seemed to have great artwork and music.

Transistor follows the story of Red, a singer in a city called Cloudbank who gets nearly killed. She manages to escape and acquires the Transistor - a sword-like weapon. From here on, the story takes a weird turn where the Transistor can talk to you because it captured the trace of the person whom it ended up assassinating(and thereby, becomes the narrator of the game) while Red remains silent throughout the game. More than the story, it’s the way in which it’s delivered is something that I didn’t like - till almost the end of the game, you’re moving on jumping from place to place for some reason why you have no idea. While many liked this, Transistor failed to captivate my attention with this approach and if it wasn’t for the many glowing recommendations about the game, I would have given up on the game long back. Sure, keeping your audience in ‘mystery' might seem nice but when you’re through 3/4th the game wondering what exactly is happening, it doesn’t really go well(at least for me). I guess the aim was to get people to continue playing it to find what happens but to me at least, it’s not really a compelling reason to play through it. Nevertheless the story does deliver at the end and you don’t have to wait long for it.

Transistor plays like a hybrid real-time/turn based role-playing game. You can plan our your moves and attacks during the Turn() phase. The Turn() pauses the game and allows you to plan each attack/movement - which drains the action bar. The action bar gets refilled when the game is unfrozen, rendering you unable to attack during the execution of the Turn() phase(with the exception of few skills).

Skills are known as functions - you have different functions for melee/ranged/buffs/debuffs. The skill system gains a bit of complexity when you realize the same function behaves differently when placed in an upgrade(which upgrades an existing function) or passive(which gives a boost always) slot. Each function consumes some memory space and you have a finite set of memory(though this can be increased with level up) adding an extra dimension of what-if tactics. 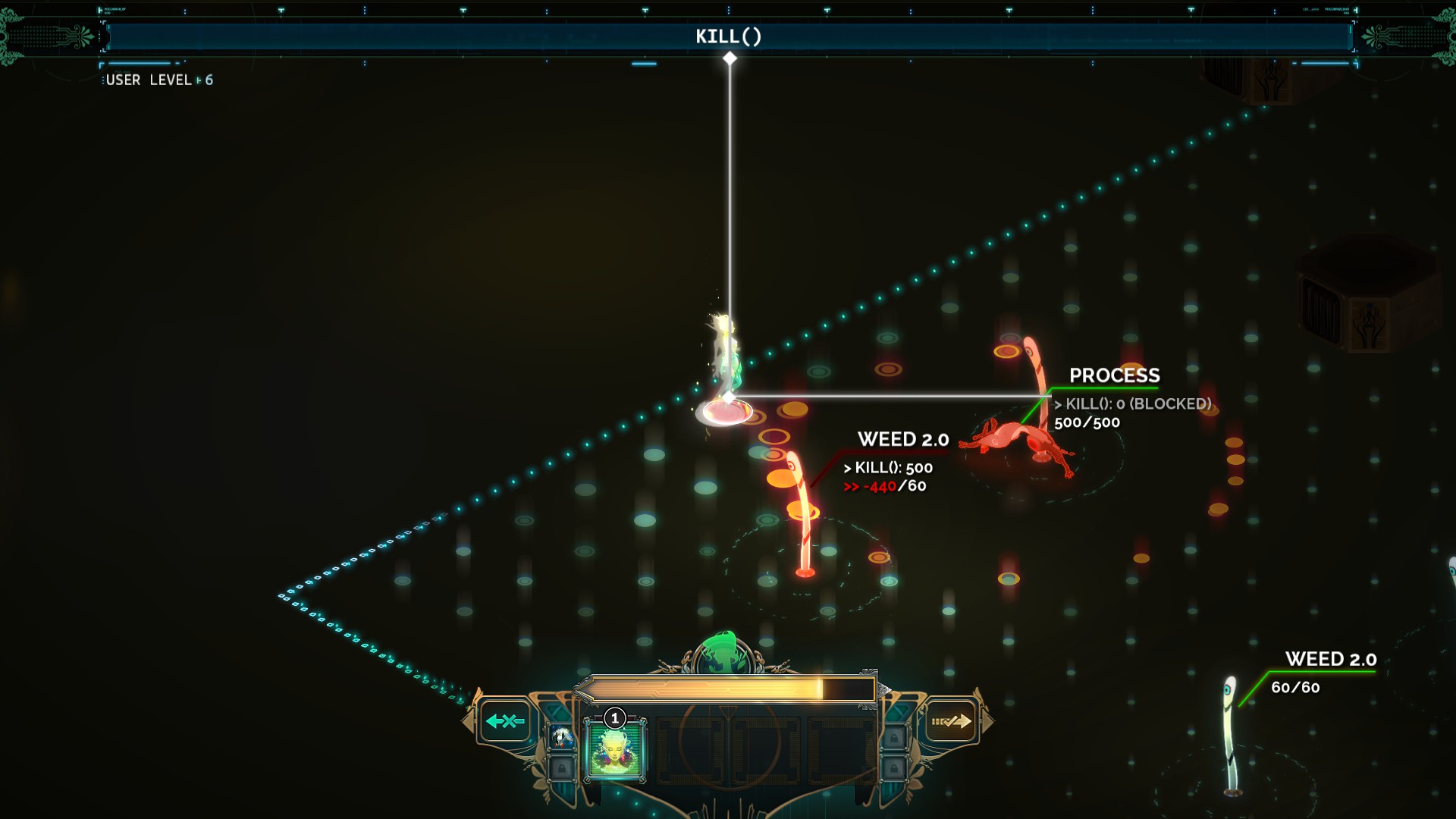 The use of functions as skills is definitely an appeal to programmers. What I didn’t like about functions was that I couldn’t read the skill descriptions and effects when placed in main/upgrades/passive at any point except at designated access points. This is especially frustrating when you want to read up on the background of the traces but they are locked away until you use it and guess what - can’t change it at any point. Feels like an artificial way of increasing the time required to play through it. 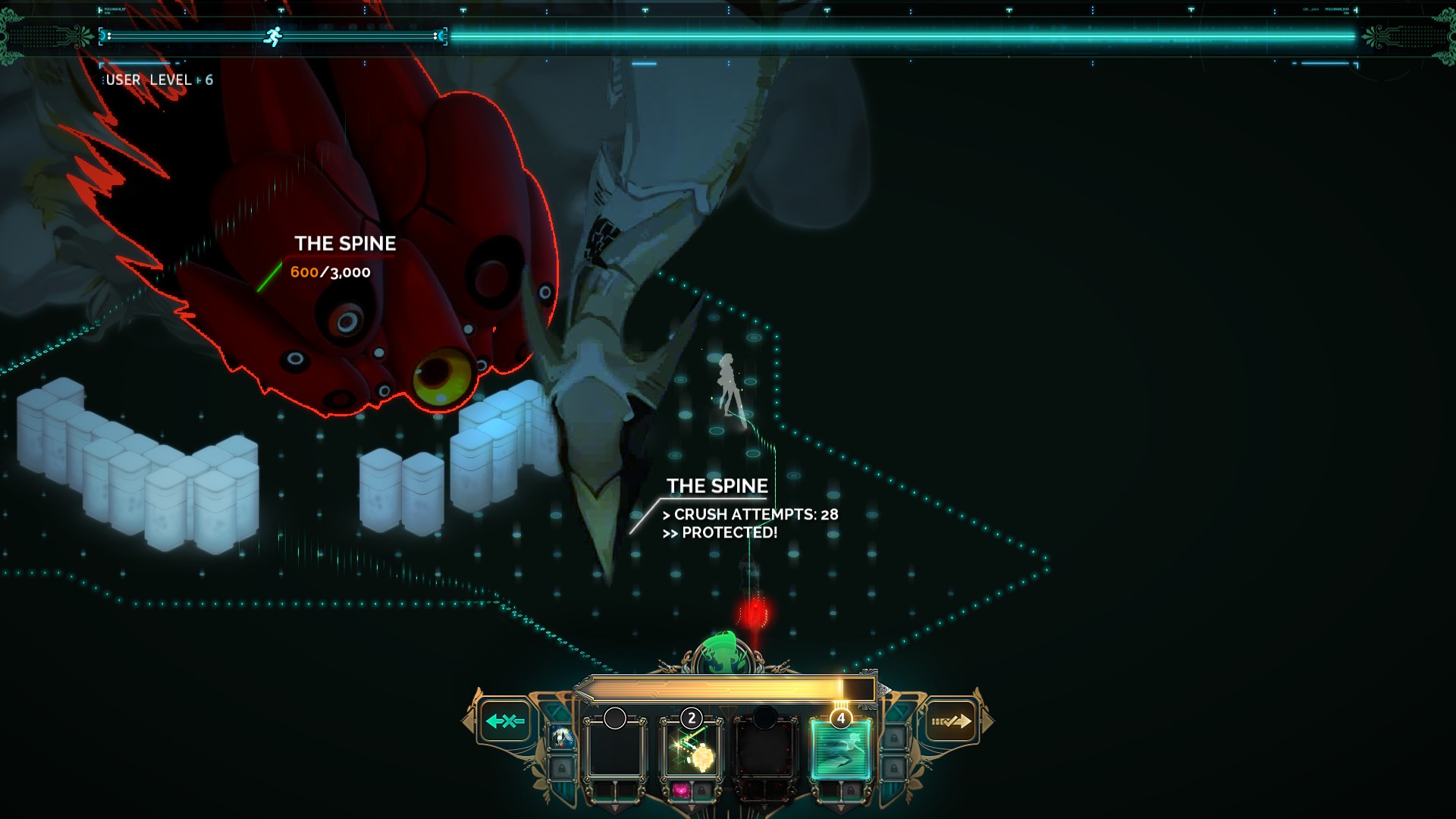 Further to skills that buff you, there are also debuff skills called Limiters which basically offers handicap to the enemies, allowing for a tougher experience trading off for more XP. I tried Limiters early on but found them annoying, so I just went about not selecting them.

Transistor handles death in a unique fashion - rather than reducing your lives or what not, when your health bar goes to zero, a function gets overloaded and you cannot use it again till you comes across a number of access points. This continues till you lose all functions, in which case you’ll have to retry from the last save point.

Supergiant Games were lauded for their music and artwork in Bastion and Transistor follows this tradition. One of the most loved aspects of Transistor is indeed its artwork and the awesome music. With a mix of some great instrumental and vocal tracks, if nothing the music will definitely draw you more into the game. Every song, every track fits the mood perfectly well and it’s not hard to believe that you’ll evoke an emotional response to the combination of the incredible artwork and music. 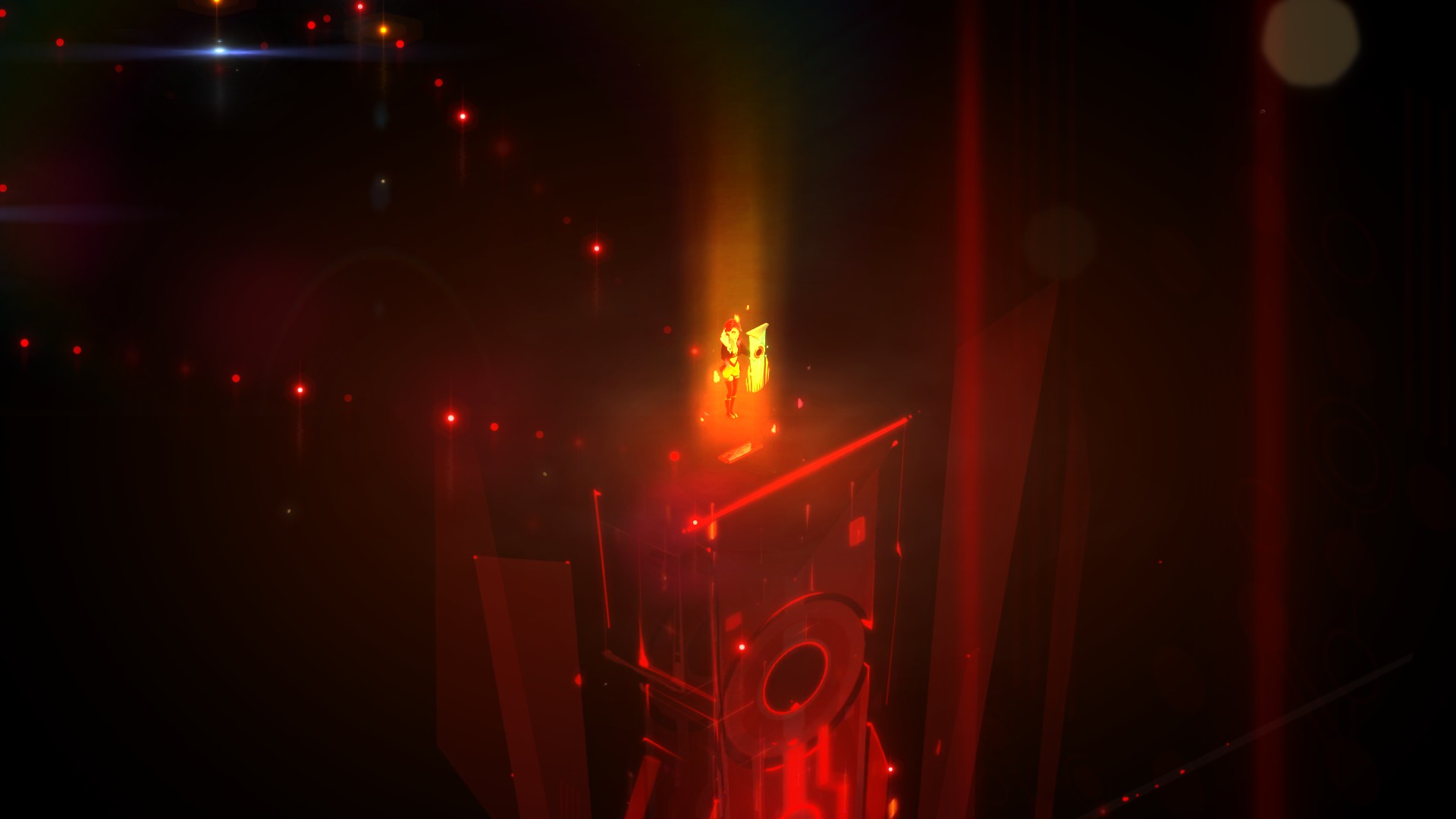 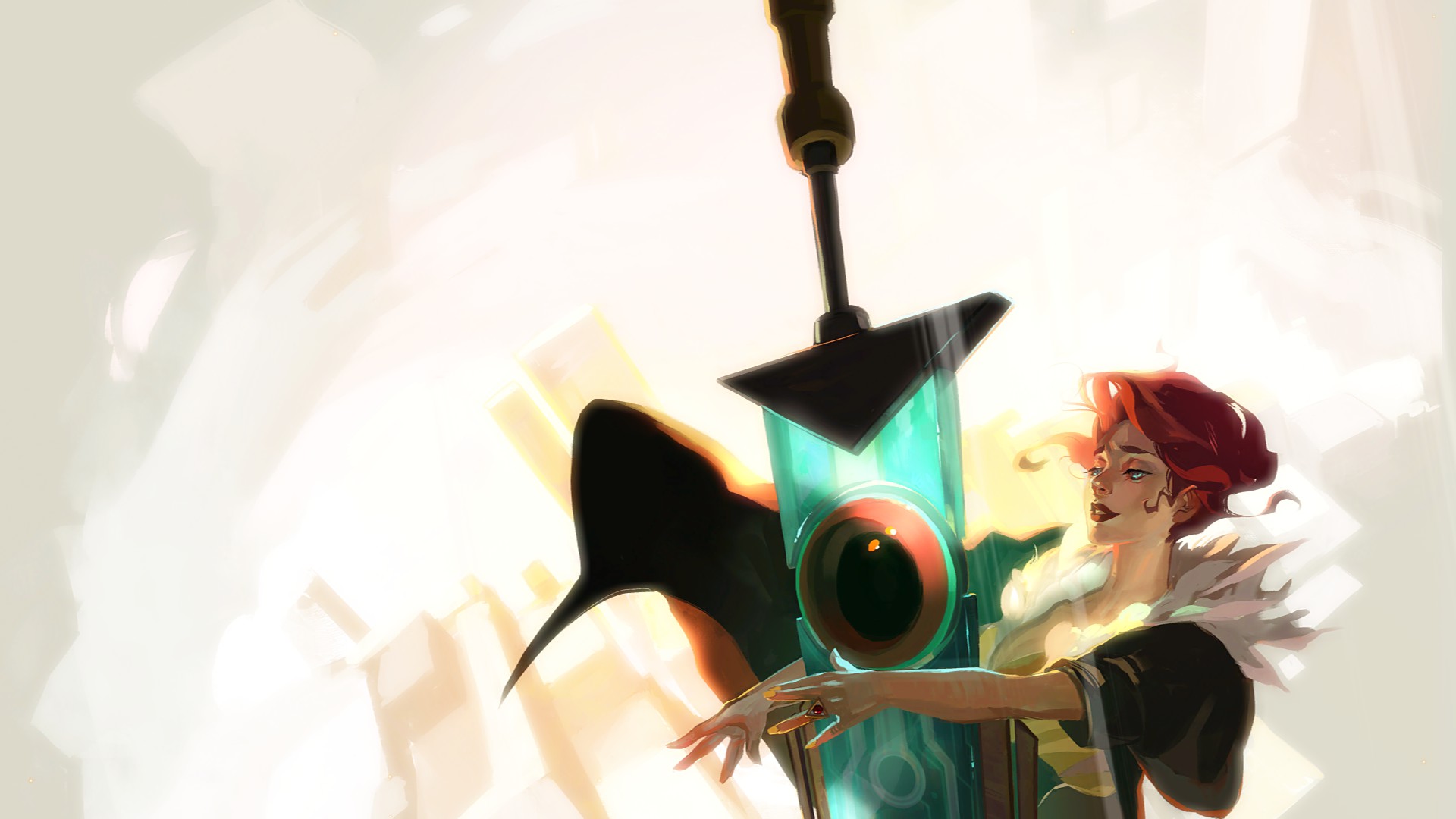 As for the graphics, well while not pushing tons of polygons like Crysis, the sheer colour palette and art style is enough to make you forget about everything else. Little touches such as Transistor’s glow during speech, even during cut-scenes, the flavour text under the enemies are certainly things that you will appreciate and enjoy. 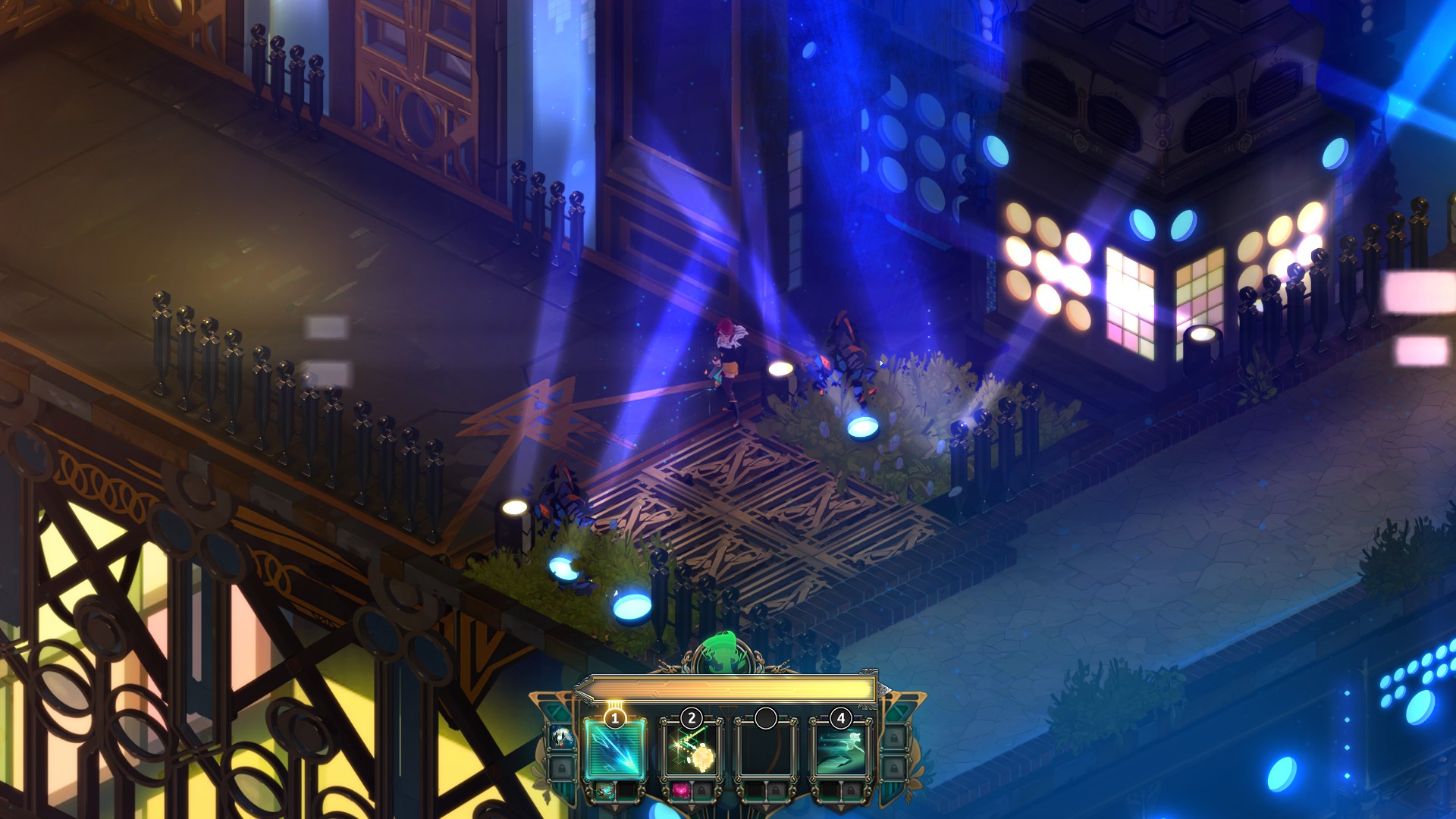 Despite some of the drawbacks, Transistor is a very enjoyable game, especially if you forget what’s happening at the early stages and just get lost in the artwork and the music. It doesn’t run for long(just about 6 hours or so), I’d encourage you to rough it out and go the whole distance.