Couple of months ago, just about a month before #cpgweds - the engagement my Envy 14 laptop started showing signs of dying - weird noises coming from the vents, system freezing arbitrarily, system getting incredibly hot - and that’s really unusual because the Envy’s cooling system is probably one of the best that I’ve seen in a laptop. Soon enough, it became clear that a fan was not working - my idle temperatures hit 85 degrees C, and start any game or even xbmc, and the temperatures would hit 95-100 and shutdown sooner or later.

And soon enough, HP’s diagnostics started informing me that my system fan’s dead during bootup. To figure out which one’s the dead one, I dismantled the Envy(I was out of warranty anyway) and switched on the laptop - and was kinda surprised that the laptop was still able to run at all.

And this was really torturing my system

@rushvora they did. When that happens, system shuts down :P 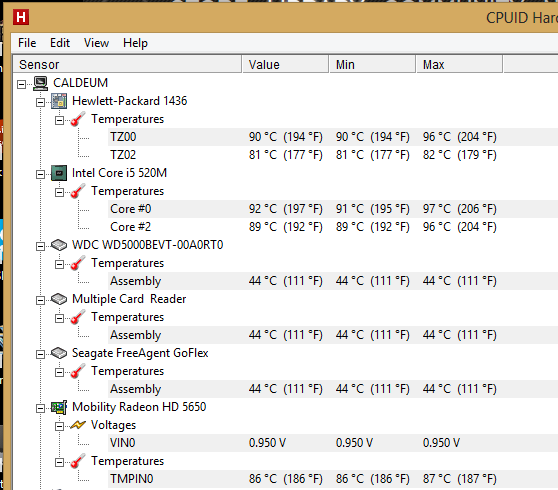 So now, while I experimenting with switching off/on to see if I can “jump” start the fan, I ended up screwing up my Windows 8 install - and ended up with a BSOD( bad_system_config_info) boot loop. No amount of reboots could help and I was stuck there. Also, thanks to the new “enhancements” F8-mashing would not result in the start up menu being shown up.

I had to resort to switching off in middle of a boot process to bring up the start up menu so that I could try our Windows 8’s Reset/Refresh. Unfortunately, both Reset and Refresh failed for some reason. I tried to refresh but somehow my custom recovery image got wiped out.. with no backup of it. Reset failed to work as well and I was back to status quo - BSOD Boot Loop.

Generally I keep a bootable Live USB with me, but this time I didn’t have that either, neither did I have any bootable DVDs. So my situation now:

Yep, the Cr48 turned to be my savior. So, the Cr48 comes with ChromeOS. With the developer switch turned on, however, you get to do things. Like get access to a real shell. or install a distro like Ubuntu. I didn’t want to install Ubuntu on it, so I tried to gain access shell.

Booting into Cr48 after enabling the developer mode, I found that hitting Ctrl+Alt+T brought up a shell. Within Chrome, as a tab(!). However, this was the crosh shell,which is limited. I found out that typing in “shell” gives you access to bash & full range of *nix utilities. So with that, I first grabbed Linux Mint iso using wget. With the ISO downloaded, I made the USB bootable using dd.

Now, I had a bootable USB. Next step, I used the bootable USB to boot into Linux Mint on my Envy. So now, my Envy is alive. So how do I get this to boot/reinstall Windows? I had Windows 7 ISO, I have Linux Mint & can install VirtualBox. So yup - that’s what I did.

With a Windows 8 live USB finally available, I managed to do a clean install and finally revive the Envy.